←Back to Stories of Change

"You are so much more than an animal, You are a child of God!"

"I prayed for a man at Higher Grounds who was Hindu. He said growing up in India everyone treated him horribly because he was in a lower social caste. He even said that he believe's he's not a human, but an animal. I stopped him and said, "I love you, man. I'm telling you right now, you are so much more than an animal; you are a Child of God. You have a purpose." I said, "I am going to pray over you now that God does something new in your heart and that you feel the love of Christ!"

As I was praying for him, he started crying. I told him about the services at the Life Center. His demeanor changed. He said, "David, I'm so happy! I've never felt this way before!" I said, "That's not me, that's Jesus!"

"I prayed for him and it turns out he had just gotten out of jail that morning!"

"There was this guy who came by who was running for his bus. I stopped him and asked if he was hungry and gave him a hot dog. I asked if I could pray for him and he said "Absolutely!" but instead of me praying for him, he started praying out loud for himself!

It turns out this man had just gotten out of jail that morning. God sent me over to him just to say "amen" and agree with the prayer he was praying over his own life."

"We were on Nicollet and we met a man who told us, "I'm going to jail right now. I am going to turn myself in because I did something wrong. I want to do it for my daughter."

We prayed for him and when we were done he said, "I feel so much peace now." And he went on his way to jail in peace.

Later, we rode the light rail and we asked this man if he wanted a hot dog and prayer. He said yes and began to tell us that his wife had passed away the day before. It was so hard but we were able to pray over him. He was so thankful and had a smile on his face. It's amazing how something simple like giving a hug and praying over someone can change a lot for somebody." 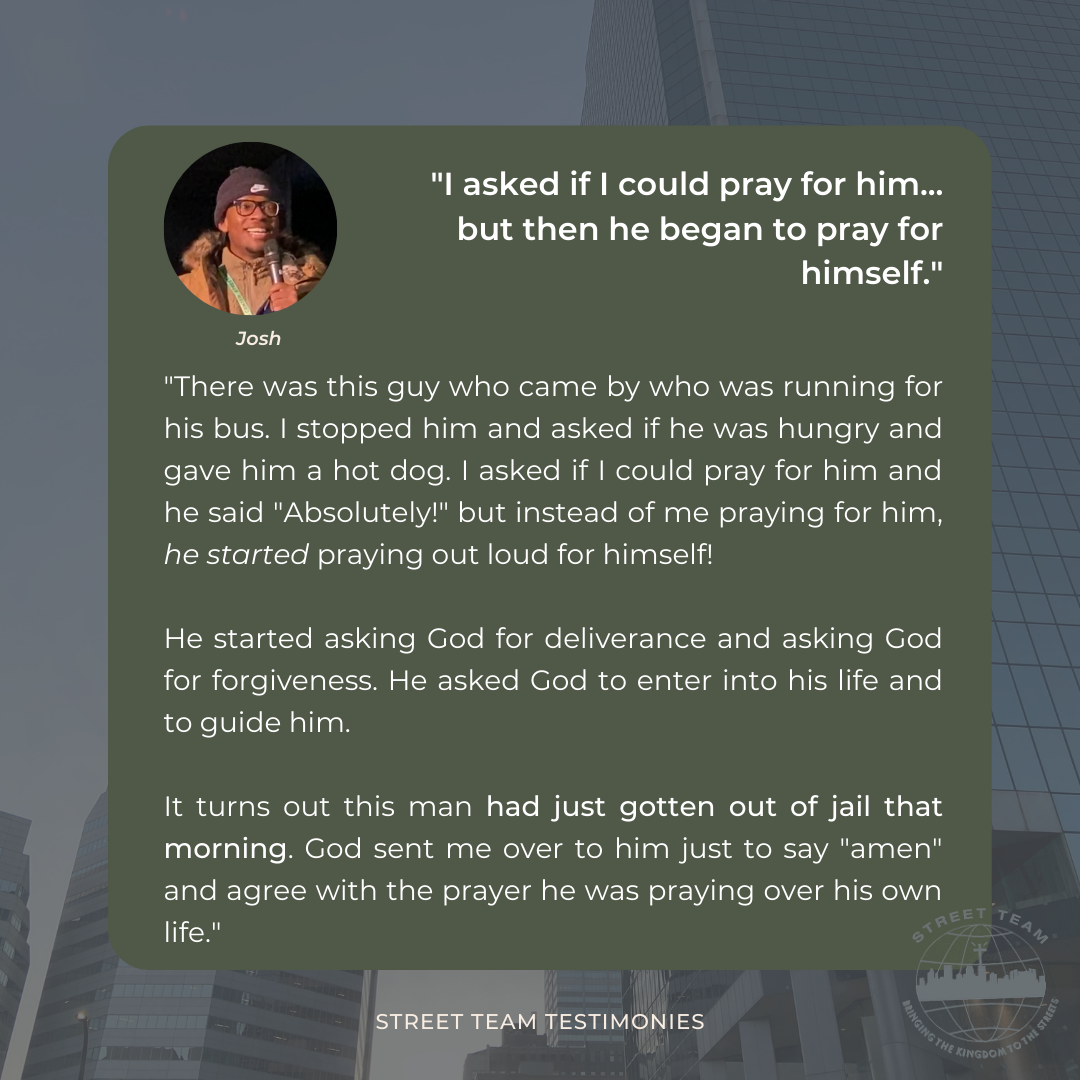 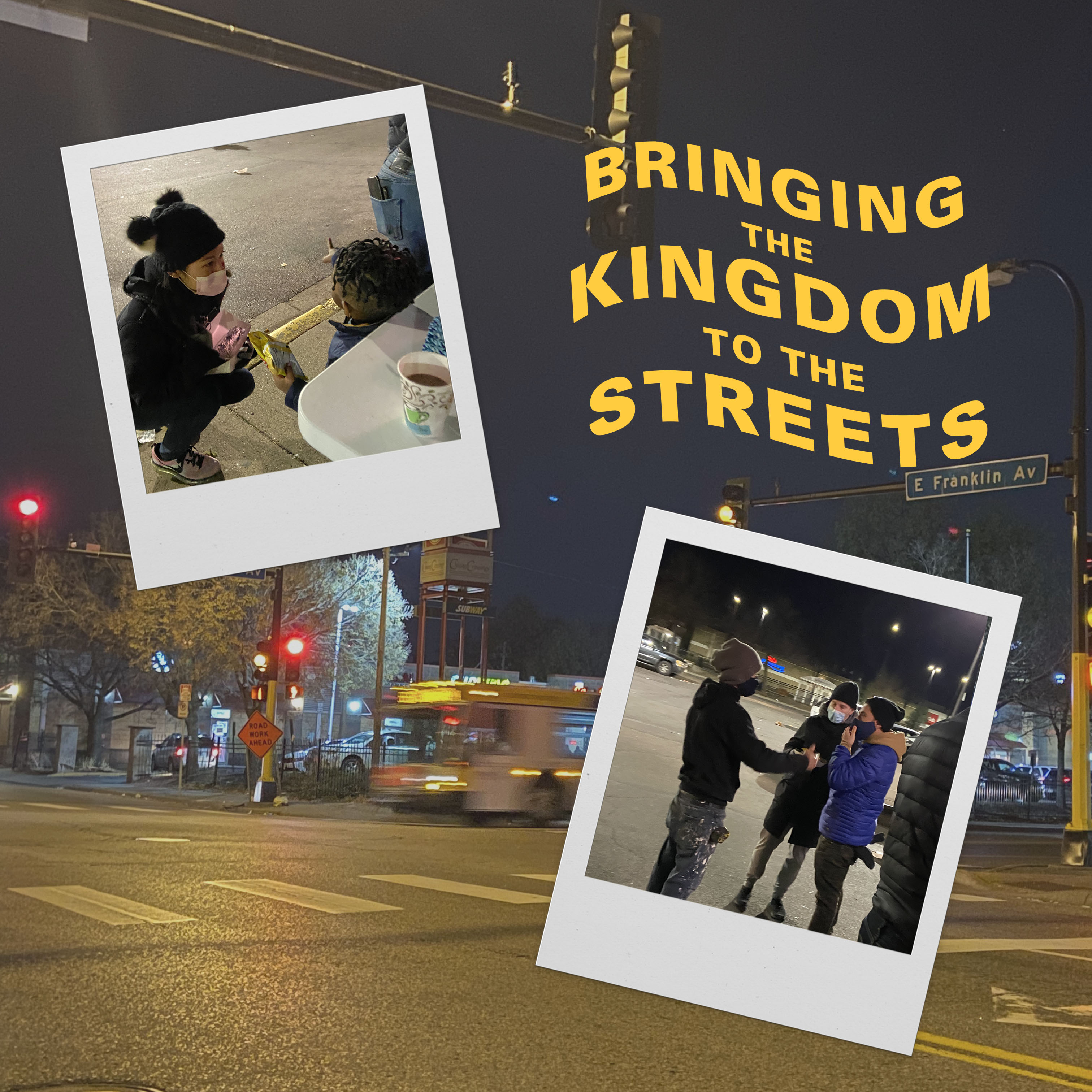 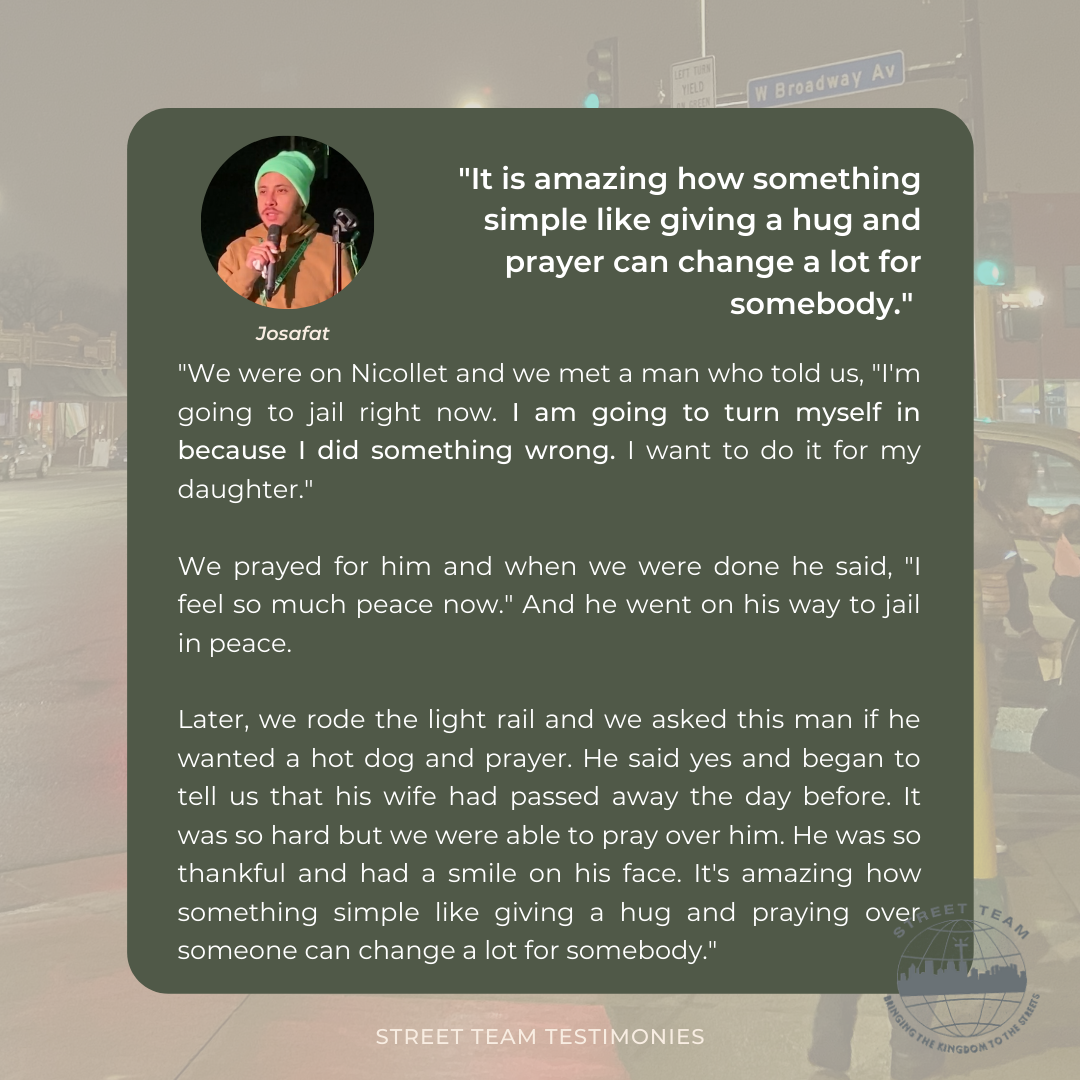